Moonlight White 2011 INFINITI QX56 RWD 7-Speed Automatic 5.6L V8 DOHC 32V Wheat Leather. Odometer is 35295 miles below market average! Reviews: * In an era of downsizing, not everyone needs three rows of seats, a thirsty V8 and an 8,500-pound towing capacity. And, if you need even more room, the QX56 is not available in long-wheelbase form like the Cadillac EXT or Lincoln Navigator L. Source: KBB.com * Plentiful features, both standard and optional; powerful V8; handles great for its size. Source: Edmunds

Model Overview
For 2011, Infiniti's top-end SUV has been completely redesigned, with an all-new exterior design, a new platform and an updated powertrain. The end result is a larger vehicle than the previous model, but with increased power and excellent towing abilities.
After several years of being based on Nissan's Titan and Armada platform, the 2011 QX56 has been moved to a modified version of the Nissan Patrol platform--an SUV that is used for military purposes elsewhere in the world and can hold its own off-road against competitors such as the Land Rover Discovery. The QX56 can be had in either two- or 4-wheel-drive configuration.

Only one engine is available: a muscular 5.6L V8 also found in the Infinity M56. Thanks to direct injection and variable valve timing, the motor now makes a full 400 horsepower--up from 320 in 2010. With the now-standard 7-speed automatic transmission in place of last year's 5-speed unit, the new engine is rated at 13 mpg city and nearly 20 highway, which is a small improvement over last year's numbers. Towing capacity is a stout 8,500 pounds, which falls slightly from last year's 9,000-pound rating for 2-wheel-drive models. The overall driving experience is said to be quite good, with light steering and excellent acceleration making the QX56 feel a lot smaller than it actually is. Add to that Infiniti's Around View System, which provides a 360-degree view inside the cockpit, and taking on parking lots becomes much less daunting.

Standard safety features include a plethora of airbags, both in the front and side positions for both driver and passenger, as well as side curtain airbags for all three rows of seating. Other items include anti-lock brakes, traction control and Vehicle Dynamic Control. Optional are Intelligent Cruise Control, a lane-departure warning system, a blind spot warning system and Forward Collision Warning with Distance Control Assist. An available hydraulic body motion control system minimizes side to side motion while maintaining good wheel articulation for off-roading. 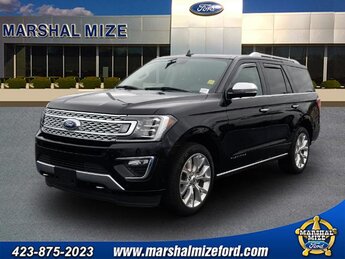